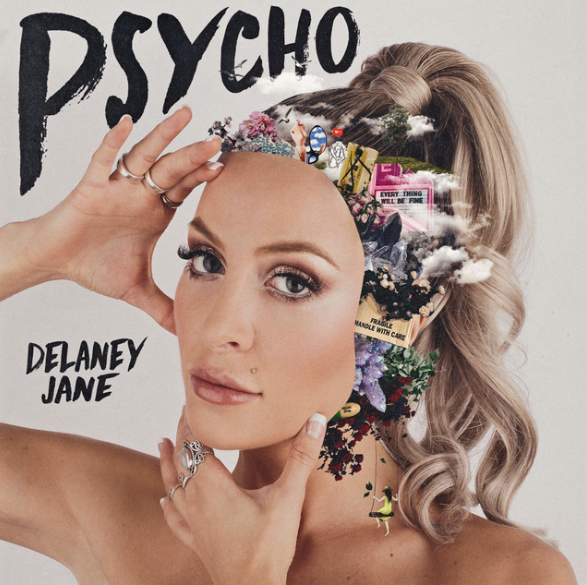 Delaney Jane gets real about depression on pop smash “Psycho”

It must be so amazing to be a recording artiste, the object of so many people’s affection, a music star under the spotlight. But living your dreams as an entertainer in a crowded room can feel so alone. That’s certainly not how it goes for everyone, but it is surely something every entertainer can relate to and it’s something rising Canadian singer and songwriter, Delaney Jane opens up about in her real-talk-turned-dance-pop single “Psycho.”

The talented musician rose to minor prominence as a guest vocalist on numerous dance tracks. With a debut studio album to her name, Delaney speaks to us about the state of her mind on “Psycho.” The track sheds a light on the dangerous cycle of depression we as humans deal with.

Delaney does an excellent job at exploring the inner workings of one’s mind, while in a state of depression. Lyrics such as “I could use a friend right now, come and hold me down” signifies a loss of orientation, seemingly needing someone to help her cope with her depression. She goes deeper, “I’m shrinking in this crowd right now, so alone somehow.” It’s another aspect of the song in which Delaney expertly explains certain stages of depression, finally admitting to herself that she feels “so alone.” Delaney Jane, amazingly, takes hold of her negative feelings and channels them, creating the danceable pop anthem, “Psycho.”

To face your humanity means facing everything you hate about yourself, your flaws, insecurities, past mistakes, weaknesses, scars and discovering that, to be imperfect is to be human. “Psycho” is certainly a personal song for her, which she managed to turn into art, with the lyrics painting her experience with depression. The track can be seen as a poignant bit of honesty that goes down sweeter with a spoonful of sugar. Even with her struggles, it’s great to see an artiste embracing her “ugly” side and being strong enough to write about it. In the process, Delaney faces up to her issues, ready to work through it. This is essentially what she achieves with “Psycho.”